54 Golden Horns in the bag: MultiChoice cements itself as Africa’s most loved storyteller at the 16th annual SAFTAs

With a total win of 54 Golden Horns at this year's prestigious 16th annual South African Film and Television Awards (SAFTAs), MultiChoice has demonstrated once again that is undoubtedly Africa's Most Loved Storyteller, highlighting the insatiable appetite for local content. 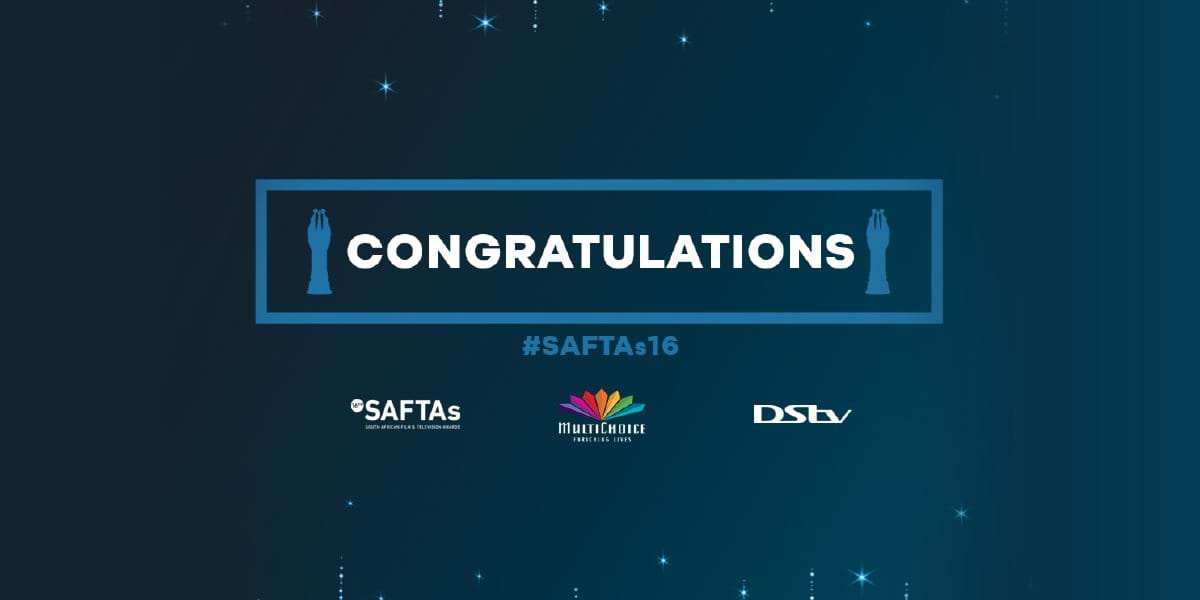 Newcomers Mzansi Magic's DiepCity scooped the Golden Horn for the Most Popular TV Show/Telenovela as voted by the public. Mzanzi Magic’s Ehostela and Freedom each walked away with two Golden Horns, with Umkhokha and Old Mutual Amazing Voice (for viewers’ choice best presenter: Thembisa Mdoda) securing one win each.

kykNET was also a big winner with 12 Golden Horns, which is a testament to the channel’s commitment to authentic content. The Cape Town based soapie Suidooster walked away with title of best South African soap for the first time. G.I.L and 4 Mure both received three wins each, of which 4 Mure received the highest honour as Best TV Drama of the year. During the SAFTA Craft awards on Friday, Binnelanders, Broer Toer and Nêrens Noord-Kaap also walked away as winners.  Shaleen Surtie Richards received the award for Best Supporting Actress in the kykNET&kie telenovela Arendsvlei posthumously.

1Magic’s popular telenovela The River also secured a win, a testament to the channel’s commitment to quality entertainment.

M-Net’s Reyka was also a clear favourite, securing 4 wins this year. It is worth noting that Reyka, a co-production between M-Net and Fremantle, opened the Monte Carlo International Film Festival in June last year. Telenovela Legacy and Carte Blanche’s current affairs programme Beitbridge Border Post grabbed one Golden Horn each.

"All the awards received by our passionate storytellers demonstrate that investing in local content and local content creators is essential. The breadth, depth and diversity of MultiChoice's content across its various platforms accommodates and caters for Africa in all its diversity. These awards are not solely ours; they are for the local TV and film industry that we continue to unceasingly invest in,” says Yolisa Phahle, MultiChoice Group CEO of General Entertainment and Connected Video.

“Multichoice would like to salute the talent and production teams that delivered quality content despite what has been a challenging few years. These awards are dedicated to you; thank you to the hearts and minds that contribute to our industry's growth and society at large," concludes Phahle.

View the companies and brands that make up the MultiChoice Group